As a general rule, I don’t watch a lot of TV. I’d just rather be blogging, reading, planning, filming YouTube videos, etc. But Pennsylvania winters are long, cold, and unpredictable, and I LOVE to curl up in front of my laptop and binge watch my favorite shows on Netflix, Hulu, or Amazon Prime in the wintertime. We also have Crunchyroll (anime) and CuriosityStream (documentaries), but this winter I’m tending toward scifi and fantasy shows.

Here are the top 10 I’m binge watching this winter, especially as I become more pregnant and don’t feel like going anywhere in the cold.

I don’t feel like this one needs much explanation. It’s OK if you haven’t seen it, but if you don’t even vaguely know WHAT Doctor Who is, crawl out of your caves, my loves. The 10th Doctor is my favorite, but I love Matt Smith too, so I’ll be watching those seasons first. However, I am totally behind on Capaldi and we just got the DVDs, so I’ll be catching up on those too.

This is an old favorite of mine, which my husband and I used to binge watch in our freezing cold basement when we first started dating. I just renewed my Hulu subscription BECAUSE I found out Misfits was still on there after they took it off Netflix. If you like dark humor, supernatural powers, and lots of f-bombs, check this one out.

OK, people either love or hate Primeval, but this is one of my all-time favorites…basically, dinosaurs start coming through holes in time. That’s the premise of the whole show. It’s all about what this group of scientists and specialists do to contain the problem and try to figure out why these time anomalies are happening. Plus there’s a healthy dose of drama, romance, and comedy. I shamelessly love dinosaurs and British scifi series – don’t judge me!

This was my favorite series in high school, and while I haven’t watched from beginning to end in MANY years, I often forget how much I adore this show until I catch an episode and think, “Gosh, I miss this episode or that episode.” Definitely still binge-worthy, even though it turned 20 last year.

Now we’re moving onto some things that I haven’t seen. I literally have no idea what this is about. I haven’t even read a synopsis. I’ve just heard it’s good and want to check out a new show.

I’ve been really into Marvel shows over the last year, so Runaways is next on my list.

I watched the first season of The Magicians and thought it was pretty good. The first book was so good it blew my mind, but the second in the series was kind of a letdown and I didn’t even give the third in the trilogy a chance. However, I’d like to check out the second season of the show and see what I think.

I feel like everyone has seen this show but me. It’s one of those things I really wanted to watch and then later found out my husband had watched the whole thing without me. Ugh. Maybe this falls more into the horror genre than scifi/fantasy, but I’m throwing it in here anyway.

I’ve already watched Jessica Jones and loved it. I’m rewatching in German because this falls at a nice B1 level (intermediate), where I can enjoy it but still learn new things in a foreign language. If you haven’t seen Jessica Jones, I totally recommend it. All the Netflix originals are available in a variety of languages, so if you’re a foreign language geek and don’t have a Netflix subscription, get one!

The Seven Deadly Sins (in German)

I’ve seen bits and pieces of this anime with my husband, who is a purist and only watches anime in Japanese with subtitles. Anime isn’t my typical go-to, but again, this one falls at a great level for improving my German listening skills, and the episodes are bite-sized enough that my brain doesn’t hurt after watching them in another language, so I’ve been slowly working through the first season.

A few other notable shows that I’ve watched and recommend if you want to marathon something: Twin Peaks (the original), American Gods, X-Files, Hemlock Grove, Santa Clarita Diet, Firefly.

Time for a cup of tea, a pile of blankets, and snuggling my dogs. What’s on your list for laying on the couch with your favorite streaming service this winter?

Shop more of my closet on Poshmark

Autumn on Fox Street is a participant in the Amazon Services LLC Associates Program, an affiliate advertising program designed to provide a means for us to earn fees by linking to Amazon.com and affiliated sites. 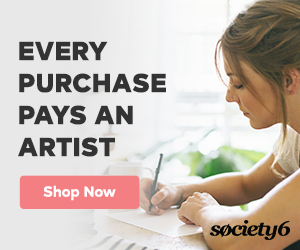